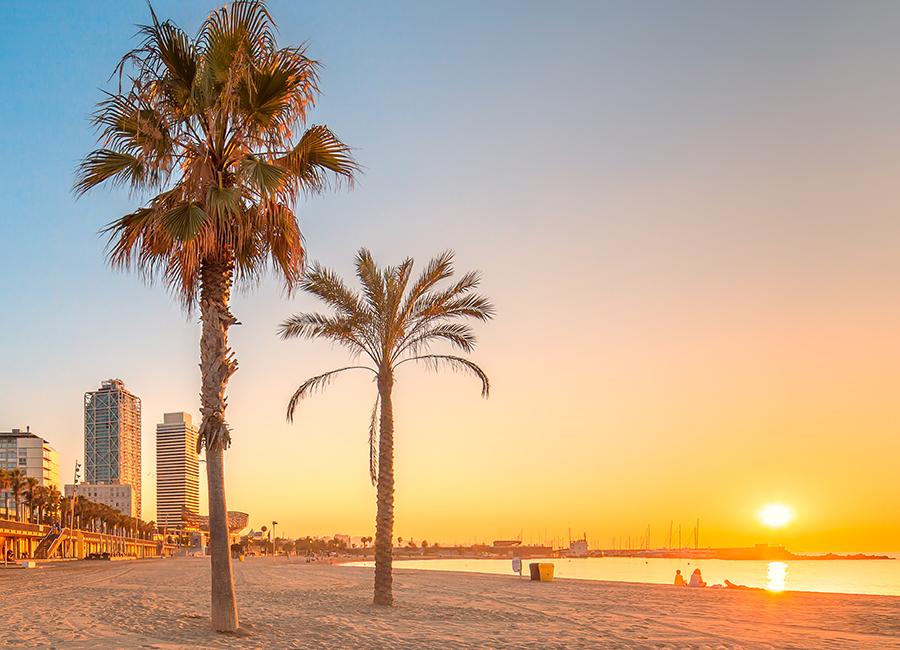 Do you know the beaches of Barcelona?

One of the most attractive characteristics of Barcelona is its maritime coastline. A sea front that gives space to well-integrated urban beaches with a multitude of services. Along with other points of interest that we have broken down in previous articles, curious points such as these or essentials of this cosmopolitan metropolis, the beaches are one of the charms of this great city. Most of the year, the city of Barcelona benefits from a very mild Mediterranean climate, and in the summer the sunny hours invite you to bathe or just tan and be caressed by the gentle sea breeze. Having an aperitif or a meal by the sea are two of the activities that those who visit Barcelona remember best. However, before the 90s, the relationship of the city with its sea was very different, almost indifferent. Its seafront was occupied by diverse industries and the few beaches that were enabled did not have the minimum services. As a result of the candidacy and subsequent achievement of the 1992 Olympic Games, there was a radical turn to this policy and today we can enjoy all this thanks to those initiatives well implemented. On the municipal coast of the city, there are 9 beaches that you should definitely know: Llevant. This beach is of recent integration, since it was adapted as such in 2006. La Nova Mar Bella is a beach suitable for practicing sports, such as surfing, when the sea is in ideal conditions. For this and for other reasons, it is a beach frequented by young people. La Mar Bella is next to the previous one, so the type of public is almost the same, young people and athletes. In addition, the Mar Bella beach has a peculiarity, which is that it has a small protected nudist area, between the Bac de Roda jetty and the Mar Bella jetty. Bogatell. The Bogatell beach is located after the Mar Bella, to the south. This beach has important sports infrastructures behind it. It is a fairly busy beach and very pleasant for its outdoor gardens and wooded areas very close to the sand. It is one of the most lively beaches in the city. La Nova Icaria is a small beach located between the Bogatell jetty and the Port Olimpic facilities, specifically the Center Municipal de Vela area. It is an urban beach frequented by families, but still very quiet. Very well stocked with catering services a few meters away. Somorrostro. It is a beach located in the southern mouth of Port Olimpic. It is perhaps one of the most popular beaches in Barcelona. Barceloneta. Without a doubt, the best known beach in the city, and also the oldest. The most photographed, the most crowded, the most in everything. To speak of Barceloneta is to speak of Barcelona, ​​since this beach is the summer soul of the city. Sant Miquel. Historically, it is the oldest documented beach, but since it overlaps with that of Barceloneta, it has gained popularity until it is practically unknown. Sant Sebastià. The fact that the main sports clubs Natació Barcelona and Atletic Barceloneta are in its arena, give it the special charm of being the most active. It is very normal to see people bathing every day of the year, regardless of the season. For a few years, its south side has been closed by the spectacular Hotel W Vela Barcelona, ​​emblem of the city of Barcelona that has helped this beach to rise in popularity points. Take advantage of this guide and request a Zolty App to visit the beach that you like the most. Your destination, the beaches of Barcelona. 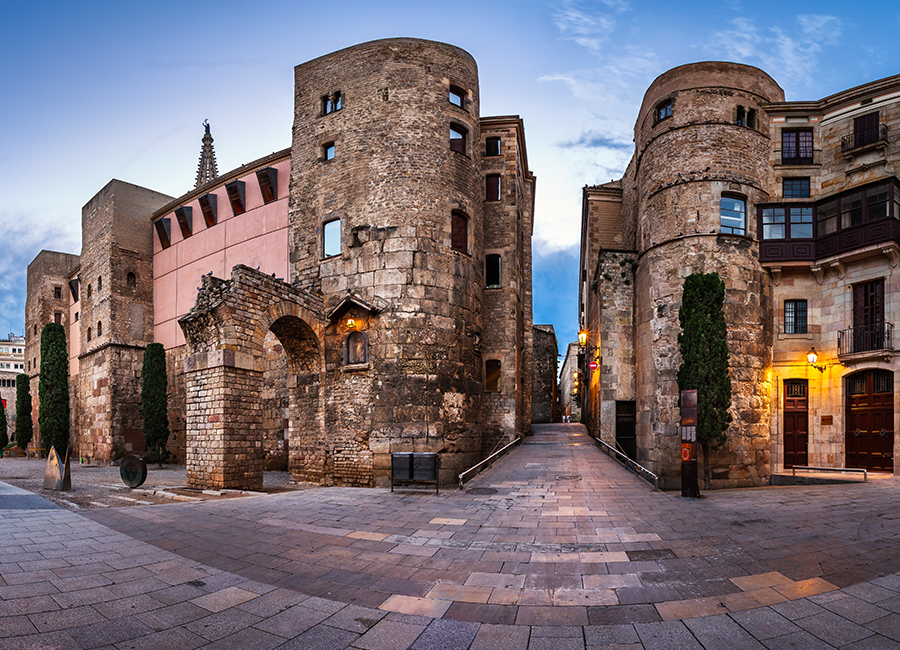 Barcelona’s Roman past, Barcino, is one of the best visits you can do if you are drawn to history. The central nucleus is concentrated in the old part of the city. We can make this walk alternating different historical periods, from some Iberian, Roman, Middle Ages, Medieval, to the modern age. But now we will focus on the Roman period. About 2,000 years ago, Emperor Augustus founded Barcino in his quest to control the peninsula. Specifically, the Colonia Iulia Augusta Faventia Paterna Barcino, between 15 BC and 10 BC, after the settlements of Emporion (Empúries), Rhodae (Roses) and Tarraco (Tarragona). We suggest you start the visit by the Roman Sepulchral Way. Located in Plaza Vila in Madrid, in the heart of the city. Here we will be able to observe funerary monuments: plows, steles and especially cupae that were used between the 1st and 3rd centuries of our era. At that time, the law prohibited burials within the city, and therefore Barcino’s burial areas were located outside the walls. In this context, the necropolis is considered a secondary burial road, with burials of people of the middle or lower class (slaves and freedmen). We continue the walk through the Temple of Augustus. Dedicated to the cult of Emperor Augustus, it is located inside the Centre Excursionista de Catalunya, touching Plaça Sant Jaume. We can see three magnificent columns that were found during the works of this enclosure and a fourth column that was exposed in the Plaça del Rei and that was incorporated into the complex. The remains of the Wall of the old Barcino accompany us during different sections of the old town. It is the largest monument in Barcelona and almost 2/3 of its total remains hidden. This wall has 2000 years of history among its stones, and along it there are charming corners that you should not miss. Its dimensions cover different streets from Plaza Nova to Carrer de la Palla. We cannot leave this rewarding walk without visiting Porta Praetoria. It is known as Portal del Bisbe and is the only one of the four gates of the Roman wall that is preserved today. It was the access to Barcino by Decumanus Maximus, whose layout is currently Carrer del Bisbe. The door is at the intersection of this with Plaça Nova. Enjoy this tour proposed by Zolty App. The best way to get to the Barcelona downtown is with our service. Forget about the private car, request a Zolty vehicle and have fun with the living history of Barcelona. 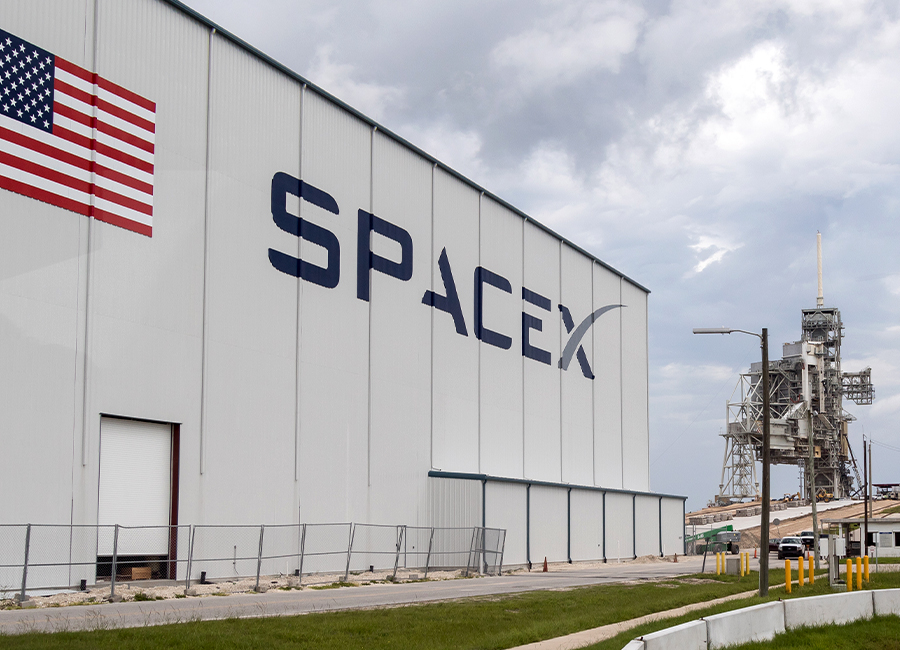 Do you know what space tourism is?

Since Elon Musk announced his SpaceX project, it seems that outer space is the new frontier for tourism. Space tourism is something that will not be available to many for economic reasons, but we also remember that it was not until the second half of the last century that transatlantic commercial flights began to be launched regularly and the first ones had prices that were quite unattainable for the most of the population. But so much maelstrom these days regarding the launch of SpaceX, leads us to confuse the concept of space tourism. The true reason for the prominence of SpaceX is its Falcon 9, a reusable rocket that was already tested 4 years ago, successfully taking off and landing. This new rocket opened the doors for NASA to use it as a connecting vehicle between Earth and the International Space Station (ISS). Until now and for about ten years, NASA relies on Russian Soyuz pods and launch pads for these missions. This project allows them to regain their independence from their direct rivals in the space race. If all goes well, Bob Behnken and Doug Hurley will be the crew of the Crew Dragon, a capsule that will be the connection module to the orbital station. Here is another opportunity that already has a name, Commercial Crew. It is the joint idea between NASA, ISS and SpaceX for space tourism of the future. The significant cost reduction that implies the use of these new rockets and the capacity of the cabin of its capsule, which allows up to seven crew members, open a new possibility. Almost 20 years ago Denis Tito paid $ 20 million to spend 8 days in the orbital station where he arrived aboard a Soyuz. Cirque du Soleil founder Guy Laliberté in 2009 paid $ 35 million for an 11-day trip. For now, we know that staying at the ISS at the price of $ 35,000 per night, not counting a flight, the cost of which is not yet known, has four interested on a waiting list according to Space Adventures. Another issue is that of the companies Virgin Galactic and Blue Origin, which are developing ships capable of flying, for a few minutes, just above the limit of space, 80 or 100 km according to the definition chosen by each company, to private passengers, to $ 250,000 change in the case of Virgin. Something more modest but more affordable if you want to treat yourself of this magnitude. 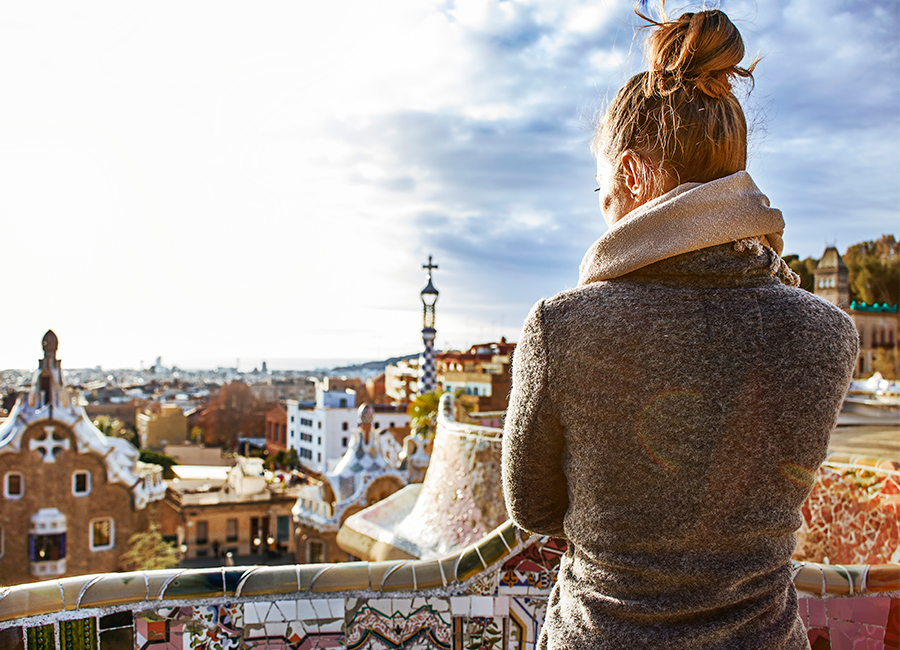 Winter plans to do in Barcelona

Barcelona is a city that enjoys exceptional weather throughout the year. It is in a privileged situation on the Mediterranean coast. That is why winters are not as hard as in other cities and countries in northern Europe, and there are a lot of winter plans to do here.Read more 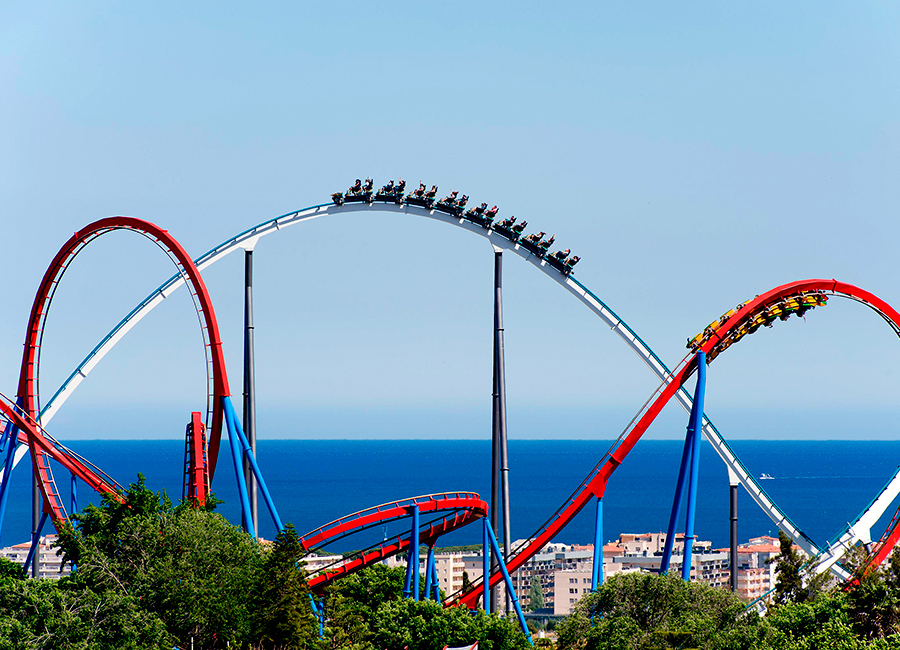 We recommend you a fun and different plan. We take you for a visit to Port Aventura World, a theme park placed 100km away from Barcelona, a traject we cover in more or less an hour.  Entertainment, relax, gastronomy and shopping. This macro complex oriented to pure family fun has three main areas:Read more 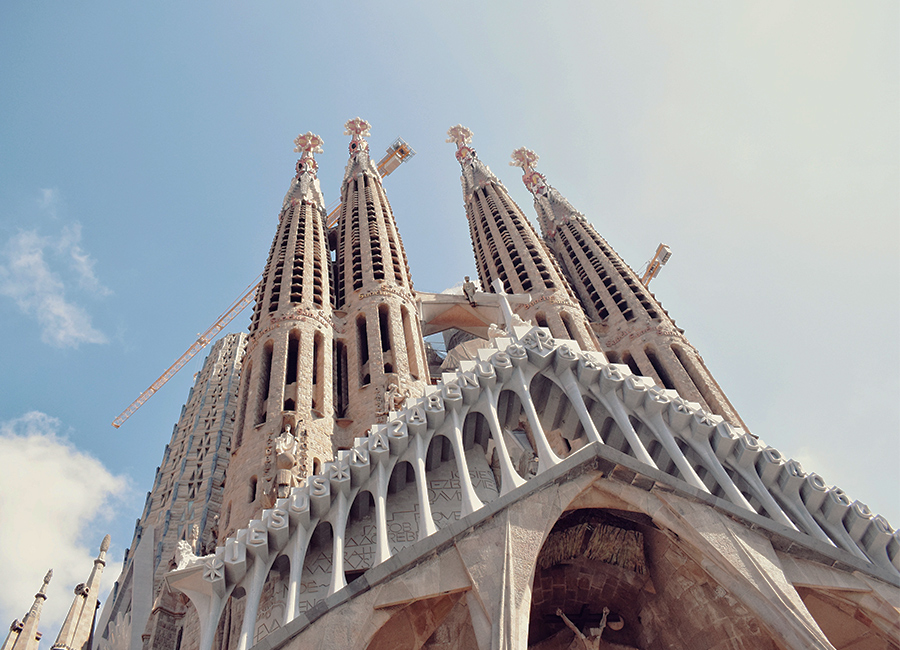 Do you know this curiosities of Barcelona?

Barcelona is one of the most visited cities in the world, and of course one of the most photographed. In fact, it’s currently the third in the list of local and tourists selfies, only surpassed by London and New York in this peculiar ranking. But if it’s about discovering curious places in the city and curiosities we have a wide range of possibilities from where to choose. Did you know that the most visited museum in Barcelona, Catalonia, and the third in Spain is the Camp Nou del F.C. Barcelona? It is, just the Prado Museum and the Reina Sofía in Madrid win it regarding number of visitors. But if there’s a curious museum is the Museum of Funerary Carriages, it may seem creepy but it’s the history of the funeral ceremonies through the carriages. The Basílica de Santa María del Mar hides behind its stained glass windows a very curious shield, the FC Barcelona one, and if we are in ecclesiastic headquarters the Barcelona Cathedral, in its cloisters, you’ll be able to see gooses, 13 specifically, a curious number whose only explanation is the honour to Santa Eulalia. When she was 13 she refused to give up her Christian faith and she was convicted to suffer 13 martyrdoms. If the tour includes all Barcelona, it’s good to know that there are over 400 dragon sculptures decorating façades and walks, we’ll give you some clues: the Casa Ametller, the Palau de la Generalitat, the Park Güell… look and find the rest, a challenge, it is. As a curious climax we’ll explain to you that the Giza pyramid in Egipt was built in 20 years, and the Basílica de la Sagrada Familia has been 144 years under construction. A complex project that still needs some years to be finished. There are a lot of interesting spots and curiosities in the city of Barcelona and the surroundings. Plan your route and discover them one by one. Zolty, we take you.
Este sitio web utiliza Cookies propias y de terceros, para recopilar información con la finalidad de mejorar nuestros servicios, así como analizar sus hábitos de navegación. Si continua navegando, supone la aceptación de la instalación de las mismas. El usuario tiene la posibilidad de configurar su navegador pudiendo, si así lo desea, impedir que sean instaladas en su disco duro, aunque deberá tener en cuenta que dicha acción podrá ocasionar dificultades de navegación de la página web. Ver política de cookies.
Configurar cookiesAceptar todas las cookies
Privacy & Cookies Policy